Artemis and the nymphs by *shley77

#modernized mythology? #modernized mythology #artemis owns a nightclub called Selene; across town her brother apollo has staked his claim with Sol #dionysus probably owns a club too though his is more popular with the younger clubbing set; the ones who want to do #coke lines in the bathroom and every other person you bump into offers you X; there are back rooms specifically designated for orgies #and you’re no one until you’ve got some outrageous story from Dion’s club #but Apollo and Artemis’s places are much classier; for unwinding with the upper set #poets and artists and literati at Apollo’s; women and athletes and outdoorsmen at Artemis’s #Zeus is probably the CEO of whatever conglomeration secretly bankrolls them #Leto was probably his secretary or his coworker and they had to hide their affair unless his wife found out #god it’s so easy to adapt these stories it’s almost like human nature hasn’t changed in the last few millennia (via notbecauseofvictories)

I have such a mythology-nerd boner right now

Ahh, actually that wasn’t me who studied at KCP. I’ve never done study abroad, so I’m afraid I can’t really help you with your questions, sorry, but perhaps someone else can answer you?

I wish we had all of these words in English.

Mostly for my own benefit (in progress):


[translation-ish– disclaimer: translation is hard, and I am not good at it so I usually just kind of try to get the gist and call it good– if you want to let me know of better ways to translate something, feel free?]

Yukito: This is my house! (My grandmother changed your clothes.)
Sakura’s thought bubble: Oh, right… my brother said Yukito is living with his grandfather and grandmother.

Whenever I rewatch or reread this scene, it cracks me up, because (spoilers?) his grandparents don’t exist. But he doesn’t know this, so I wonder what he thinks happens, really. Does Yue take over and do things and he just assumes his grandparents did them when he wasn’t around? Because that is a fantastic image. But basically it means his “It’s okay, my grandmother changed you (so I wasn’t being a creep, I swear)” is actually totally untrue, because there are only two options there: him or Yue.

I started re-reading these because they’re easy, which is why I read vol 1, though then I remembered I only skimmed the last four volumes, so I’m going back to actually read those too. Reading the first one was interesting, though, since when I ‘read’ it it was taking me hours to get through a few manga pages just sounding out the hiragana and katakana, and I only understood like… half of it? And now I understand most of it, though Kero’s Kansai-ben and Touya’s … guy-talk (seriously, what do you call that way of speech?) still throw me sometimes. 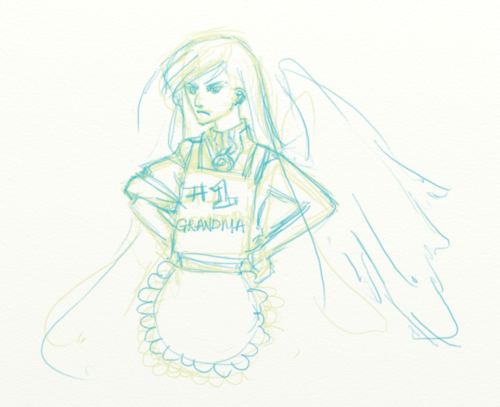 Went to the Pacific Northwest for a week. Normally I’m landlocked in an area with low Japanese population and have to pay exorbitant amounts of money to get anything shipped. So I went to a couple bookstores in Oregon (Powells) and Washington (Kinokuniya), while I was there, and got some awesome deals.

Gals!, the first book of Earthsea, and the two 国語 books were from Powells, for a steal of $18 total. The others were from Kinokuniya. 日本人の知らない日本語 has been on my wishlist on White Rabbit for a while, but I don’t know that I’m quite ready to read them, so I didn’t want to pay the shipping for it. Apparently vol 4 is also new, too. The store clerk commented on it since she’d read the first three, but didn’t know 4 was out already. They had a workbook in the same set that didn’t seem wholly worth it to me, and one that I might get sometime, but not sure how useful it is to me so much as entertaining as an English-speaker, since it was about the things Japanese people mess up when using English (saying things like “I like street walking” not realizing the double meaning to that phrase, etc).

Aside from Gals! which actually was vol. 1, FMA and Hourou Musuko were not the volumes I wanted (I need FMA #2 and wanted to start from #1 of Hourou Musuko), but I figure I have to get them eventually, so at least picked up a couple of each.

I’m ridiculously excited about Earthsea, though, you have no idea.